Nigeria; Delta State Governor, Senator Dr. Ifeanyi Okowa has disclosed that his administration would partner with investors in the development of a world class hospital to boost medical tourism in the state.

Senator Okowa who made this disclosure on Monday  when he received the management team of Group 5 Construction Company, a South African firm led by Mr. Themba Mosai in Asaba said that preliminary meetings were on to explore the possibility of building a world class hospital to boost medical tourism in the state.

He noted that the initiative was a laudable one as a lot of money leave Nigeria on Medical Tourism.

“If we have a hospital of international standard like this that will meet the medical needs of those travelling abroad for treatment, it will be an investment that will yield results and profits for the state.” he said.

The governor explained that it was innovative of the company to source for resources for the development of the project stating that the government would find a reasonable ground to partner with them.

“Investing in Delta State is like investing in Nigeria because we are one of the biggest oil and gas producers in the country, l believe that the partnership will be beneficial to both sides and we hope to have a fruitful deliberation with your company.”

Earlier, the leader of the team, Mr. Themba Mosai, explained that they were in Delta state to discuss with the government on partnership in the development of a world class hospital to boost medical tourism in the state.

He stressed that the local community would be involved in the construction of the project ” This will not only create job opportunities for the host community, it will also improve the area economically.”’ 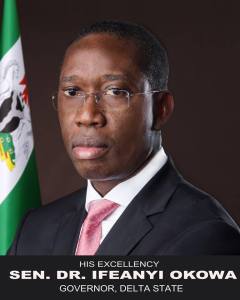