Bronx – The 13th Congressional District African Townhall has been organized by a host of African community groups and representatives as an opportunity for New York’s 13th District congressional candidates to present their platform agenda to members of New York’s vibrant and growing African immigrant community. 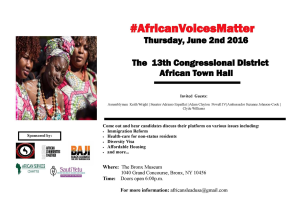