The Roundtable created an avenue for the younger generation to brainstorm with the older generation with a view to offering solutions to issues that affect the youth, our country and continent at large. Some of the activities during the roundtable were keynote speeches, panel discussions, networking, a book presentation, and Honor and Recognition of key people.

The President of Wazobia Global Network, United Kingdom, Engr. Obafemi Somirin in his opening remarks welcomed all the guests and delegates to the roundtable. He is of the belief that there is no better time than now for the youth to come together to discuss issues that affect them with a view to coming up with solutions. He charged the youth to be problem solvers.

The chairman of CANUK, the umbrella body of all Nigerian organizations in United Kingdom Mr. Babatunde Loye charged the youth to be determined in all they do and become more involved in nation building. Chief Kate Anolue in her own remarks advised the youth to be ready to take up leadership positions in their respective locations; she emphasized the need to start early. Dr. Alistair Soyode in his presentation implored the youth to be more versatile by looking at other areas rather than focusing on white collar jobs or government employment alone. Dr. Dayo Olomu is of the opinion that educational institutions must look inward and begin to prepare the youth with the mindset of altruism, compassion, and service.

The panel consisted of students as well as youth leaders who raised some fundamental issues which will help in repositioning the youth with the theme “Reawakening Nigerian Youths In Diaspora’s Consciousness On Nation Building.”  The panel was moderated by Mr. Godson Azu, a London based renowned policy analyst. One of the panelists, Ms. Diana Duke called for financial support for youth programs and initiatives. Ms. Tolulope Akinwamde stated that youth need to act more rather than complain; she is of the belief that the youth need to take more responsibility by making conscious efforts to make the difference in their communities.

Dr. Kelechi Anyikude asked the youth to be more determined so that they can take up opportunities that come their way. Ambassador Yemi Soile in his own contribution, said that there is need for the youth to define their values, as this will help them to set their priorities right. Mrs. Amina El.Imam said she believed that youth have more roles to play by changing their orientations. She continued by saying that the youth must take responsibility rather than blame the government alone.

The Co-Founder of Wazobia Global Network, Mr. Temitope Omotayo in his own remarks stated that education goes beyond degree acquisition alone. He implored the youth to focus more on knowledge which will help them to identify and utilize the opportunities that come their ways.

The highlight of the program was the public presentation of the motivational book for the youth titled “Unleashing Your Talent, Success Secrets of Highly Talented People” which was reviewed by Mr. Oladapo Awosokanre, the Executive Director of African Development & Advocacy Center, UK. Many community and youth leaders who have distinguished themselves in their chosen fields of human endeavors were recognized and honored at this event.

Mr. Mike Bolaji, the President of Goldsmith University of London, NSS thanked everyone for coming and reiterated the need for more productive roundtable like this. 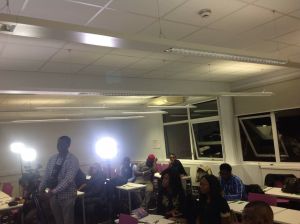 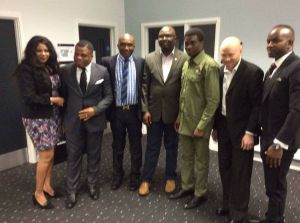