For the past 17 years, the Comerica Bank Java & Jazz series has been delighting Detroiters with the finest creative talent. This affair runs from March to July every third Tuesday at 6 p.m. at the Detroit Public Library Main Branch, 5201 Woodward Ave. The performances are open to the public and free.

Detroit’s rich history of great music is personified in this series, with previous performers such as Herbie Russ, Maurice Davis, Saxappeal, and The Mike Jellick Quartet.

This year the series was kicked off by the legendary group Straight Ahead. Their bio reads as follows:

“This hometown group of strong, inventive instrumentalists and vocalists, have shown themselves to be powerful and imaginative composers and arrangers in the music industry. Widely recognized for their eclectic and soulful approach to creating music, the Straight Ahead sound ranges comfortably from mainstream jazz and R&B ballads, to Brazilian funk. Straight Ahead was named the finalist in the “Sony Innovators” competition in the first year they performed together. Since then, they have amassed a string of honors, including opening for the legendary Nina Simone at the Montreaux-Switzerland Jazz Festival and being nominated for a Grammy.” 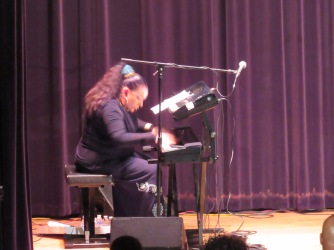 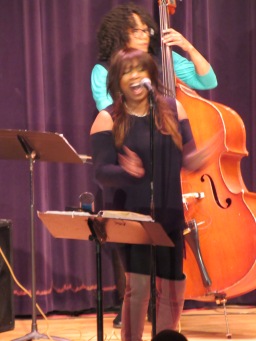 Make sure to get there early to grab a seat in the Clara Stanton Jones Friends Auditorium, located on the lower level.