On July 14, 2018, voters in Ekiti State, southwestern Nigeria, will head to the polls to make their voice known over who should be the next governor. While some are saying the state has not had any significant development since its creation, others are outright rejecting the continuity of hunger, poverty, and humiliation of Ekiti people by the past and present government.

Although various candidates have expressed interest in the state’s top job, some people have cited that they would like a person who knows how to create wealth for themselves as well as for others.

This has made Otunba Segun Adewale (OSA) to stand out among other candidates.

Popularly known as OSAPraPra, Adewale is a thoroughbred entrepreneur, philanthropist, and grassroots politician from Ipoti-Ekiti in Ijero Local Government Area of Ekiti State.

Adewale attended the University of Ibadan between 1986 and 1990 where he received a Bachelor of Science in Geography. He proceeded to obtain his Master’s Degree in Public Administration at Lagos State University in 1995.

Upon graduating from college, when paid employment was not forthcoming, he registered Aeroland Travels and became his own boss. A business registered on soft loans twenty years ago is today a huge success, and Adewale is still the Chairman/CEO. 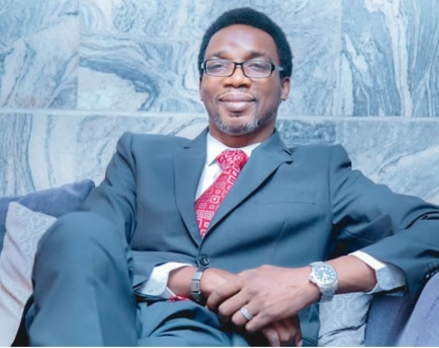 To further show his ability to effectively lead, Adewale also possesses other professional qualifications in Management and Public Relations from reputable bodies around the world, including a Certificate in International Air Transport Association (IATA) from Montreal, Canada as well as a Diploma in Air Transport Business from Virgin Atlantic Airways (UK) that he received in 2009. He then went on to obtain a Certificate in Airline Management and Operations in 2012 and a Certificate in Flight Operations from the Institute of Flight Operations and Dispatcher (IFOD), Texas, USA in 2013. He is also an OMP (Owners Management Program) graduate of the Lagos Business School/Pan-Atlantic University in 2016.

In 2007, Adewale joined the People’s Democratic Party (PDP) and has since remained a loyal and committed member. He contested for a seat in the House of Representatives in 2011 and the Senate in 2015 under the platform of PDP. He was the Chairman of PDP in Lagos State.

During the recent primary, Adewale emerged as the flagbearer of the party, clinching the ADP ticket with 16,890 votes out of the 17,600 votes casted at various wards across the sixteen local governments in Ekiti State.

“I am confident that this victory was a victory for the people of Ekiti because the process has begun to make the state great,” Adewale stated after his win.

Adewale’s director of Media and Public Communications, Prince Adelaja Adeoye, said that once elected, Adewale’s plans are for a new and prosperous Ekiti, emphasizing the party’s focus to create wealth for the people.

His approach: He believes that with generation of electricity, investors will come knocking. He wants adequate compensation and prompt payment of salaries to civil servants, payment of pension to retirees, training of youth in vocations and in entrepreneurship centers, investment in agro-allied sector, tourism, road infrastructures, education and payment of befitting bursaries to all indigenes in tertiary institutions, and world-class healthcare services.

“Ekiti State won’t be the same. The state will change for the better.”

Adewale’s 7-Point Agenda at a Glance:
1. Offset all outstanding payments owed by the state government; clear all the outstanding salaries of workers and pensioners within his first 6 months.
2. Fix power issues as a matter of urgency, giving a 3-month timeline within the state.
3. Re-invent the business environment, showing Ekiti as a business-friendly state.
4. Make the state a healthcare destination by building specialized hospitals that will cater to the health needs of Nigerians.
5. Bring back the factories to Ekiti and get the state running again in terms of investment and industry.
6. Create vocational centers where residents can acquire skills in various fields.
7. Reposition the state’s educational sector to regain its position as a #1 state in intellectualism in Nigeria.