The United States midterm election has come and gone, but one thing that will remain fresh in most people’s minds is the impressive performance of many of the candidates from various backgrounds in the minority community – including first-generation Africans, African Americans, Hispanics, and people of the Muslim faith. This will go a long way in inspiring more minorities to participate actively in their community activities. Here are ten of the notable newly elected officials. 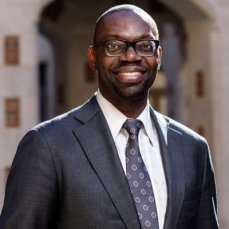 Born to lifelong Detroiters who spent most of their years in the city, he is a product of Detroit and Farmington Hills public schools. His passion for computers inspired his grandmother to buy him a computer when he was only five years old. At the age of sixteen, he started fixing and building computers then set up a computer lab in his community’s recreation center to introduce people to technology. Gilchrist eventually gained admission to the University of Michigan where he graduated with a bachelor in computer science and engineering in 2005. He worked briefly as a software engineer with Microsoft before serving as the Chief Information Officer to Mayor Dungan in 2014, a position he left in 2017 to run for Detroit City Clerk. Running against the incumbent Janice Winfrey, Gilchrist lost by 1,482 votes.

In August of 2018, Gretchen Whitmer named him as her running mate for the Michigan gubernatorial race. The duo secured the win, making Gilchrist the first African American lieutenant governor in Michigan. 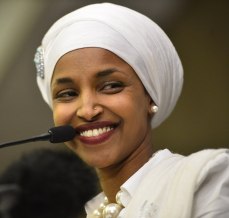 Omar made history when she became the first Muslim woman, refugee and African born member of the U. S. House of Representatives representing the Minnesota 5th Congressional District. Born in 1981 in Mogadishu but raised in Baydhabo, Somalia, she and her family fled her home country due to the civil war. After spending nearly four years in a refugee camp in Kenya, they immigrated to United States in 1995. Omar attended Edison High School before proceeding to Dakota State University where she graduated with a bachelor’s degree in political science and international studies in 2011.

She is the incumbent state representative representing District 60B. She was the Democratic Party’s flagbearer at the Congressional election on November 6, 2018 where she defeated Republican’s Jennifer Zielinski. Her victory is not just a victory for Somalia, it is also a victory for Africa, Muslims, refugees and other minority groups in United States. 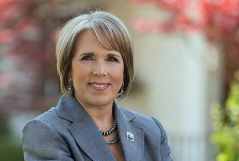 During the midterm, Grisham made history by becoming the first Democratic Latina elected governor in United States and also the first Democratic woman elected as governor in New Mexico after defeating Republican’s Steve Pearce during the gubernatorial election. She is currently representing New Mexico’s 1st district at the U. S. House of Representatives. Prior to this, she served in the cabinet of three New Mexico governors. 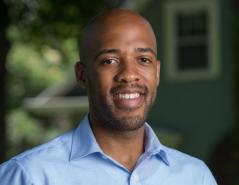 Mandela Barnes was the running mate to Tony Evans at the recently concluded Wisconsin gubernatorial election. Barnes will be the first African American lieutenant governor in the State of Wisconsin.

Born in Milwaukee in 1986, he attended John Marshall High School before going on to attend Alabama A & M University. He served in the state assembly for four years between 2013 and 2017 before making an unsuccessful bid for the Senate but lost to Lena Taylor, the Democratic incumbent in Wisconsin State Senate.

Chika Anyiam made history when she emerged as the Democratic judge-elect for the Dallas County Criminal District Court Texas No. 7 after winning at the General election, making her the first African-born immigrant in U.S. history to serve as a state District Court judge.

Born in 1967, Chika had her elementary and high school education in Britain and Nigeria respectively. She obtained her Bachelor of Law from University of Calabar in 1987 before proceeding to Nigerian Law School (Victoria Island), where she obtained her BL in 1988. Anyiam relocated to the United States twenty years ago and has been practicing law since then. She won the enviable status of the Peer-Selected Best Dallas Defense Lawyer in 2015 and 2016. She has a flourishing private practice with her husband who is also a criminal defense attorney. 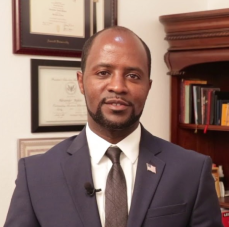 Born and raised in Ethiopia, Assefa fled his country to Kenya, where he became a refugee. He eventually immigrated to the United States in 2000, settling in Alexandria, Virginia where he learned English as his third language. He attended flight school at Averett University in Danville, Virginia to become a pilot. Afterwards he went on to earn a degree in political science.

Assefa moved to Las Vegas, where he settled down in 2006. He has been actively involved in the community since he arrived. He is the founder and chairman of the Clark County Democratic Party, Transport and Tourism Workers Caucus and many other community organizations. In addition, he is a community organizer, advocating greater participation in the electoral system for the East African community in Southern Nevada. For this election, Alexander Assefa won the race for Nevada State House of Assembly for the 42nd District. 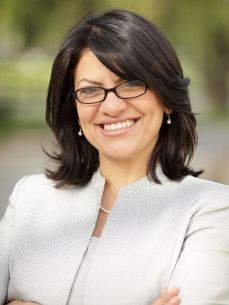 The first Arab-American Muslim woman in the U. S. House of Representatives was elected when Rashida Tlabi won the seat to represent Michigan’s 13th district. Born in 1976 in Detroit, her parents are Palestinian immigrants who moved to the United States in search of greener pastures. She is the eldest of fourteen children, which influenced her passion for service. 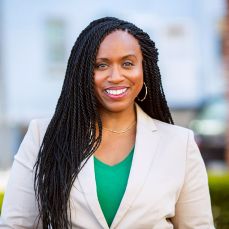 Ayanna Pressley will be representing Massachusetts’s 7th Congressional District in January. Born in Chicago in 1974, she later moved to Brooklyn, New York before attending College of General Studies at Boston University and Boston University Metropolitan College. After leaving Boston University, she worked briefly with United States Rep. Joseph Kennedy II and State Sen. John Kerry. In 2009, Pressley was elected to the Boston City Council, making her the first woman of color to serve on the council. Pressley was elected during the general election, making her the first African-American woman to represent Massachusetts in the U. S. House of Representatives. 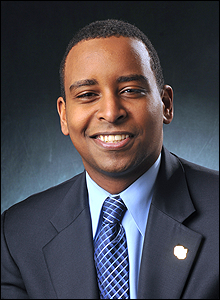 In January 2019, Colorado’s 2nd district will have a new face represented them in the U. S. House of Representatives. Born to immigrant parents from Eritrea, Joe Neguse attended Thunder Ridge High School. In 2005, he graduated with a bachelor’s Degree in political science and economics from the University of Colorado Boulder before going on to the University of Colorado Law School, where he earned his Juris Doctorate in 2009.

Neguse ran for Secretary of State of Colorado in 2014 but lost to Wayne Williams. Later he was appointed as the Executive Director of Colorado Department of Regulatory Agencies by Gov. John Hickenlooper in 2015. He will be the first African-American House of Representatives member from Colorado. 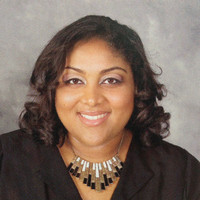 Representing district 47B at the Maryland House of Delegates will be Wanika Fisher, having won the general election. She is a first generation African-American born to a Nigerian father and South African mother.

She graduated with a bachelor’s degree in government and politics from University of Maryland before earning her Juris Doctorate from Dickinson School of Law at Pennsylvania State University. Fisher has served as Policy and Community coordinator for the Prince George’s County Council. She has serve as the constituent director for State Sen. Victor Ramirez. She then served Prince George’s County as an assistant state’s attorney. Currently, Fisher is a private defense attorney in Prince George’s County. With her victory during the general election, she became the first African-born elected member of the Maryland House of Delegates.