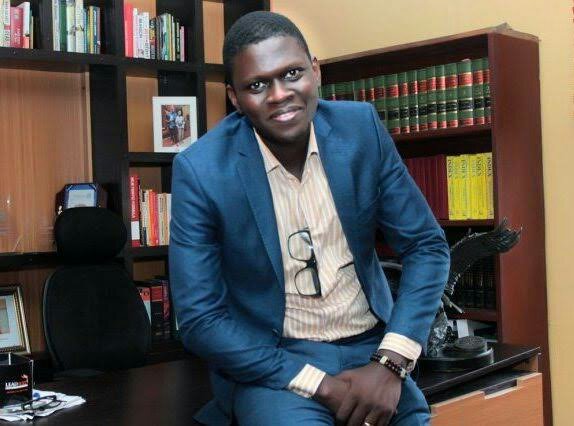 Sheraton Dallas Hotel by the Galleria was the meeting place on May 18, 2019, the event tagged “The Upgrade Conference” was organized by Stephen Akintayo. An author and Digital Marketing Coach, Akintayo is the Chief Executive Officer of Gileadbalm Group and Gtext Media and Investment Limited, a Nigerian based firm with offices in the USA, United Arab Emirates, and United Kingdom. His business areas span across Digital Marketing, Real Estate, Bulk Sims, and E-Commerce.

He granted Wazobia Global Media an exclusive interview, describing his background. From the start he stated, “I am Africa’s most sought after investment coach. What I do basically is to empower people by exposing them to various business opportunities that they can leverage as well as investment opportunities. By the grace of God, we are clocking 11 years in business, starting with just one thousand Naira ($10 Dollar). Overtime we have grown into a Multi Million Naira/Dollar Cooperation. We have proven that you can start small, think big and grow fast; with that in mind, I have a strong vision of raising one million entrepreneurs between now and the year 2025. This vision has taken me all over the world inspiring people so that they can own businesses instead of living from pay check to pay check. And I must commend you [Wazobia Crew] for what you are doing. I have seen the Wazobia Magazine and several other works that you are doing, trying to enlighten people. I must say you are doing a good job”.

When asked what motivated his choice of career he said that poverty was his greatest motivator. Akintayo was born in a poor home in Maiduguri which is in the Northern part of Nigeria. He was raised by his mom who was a civil servant, his dad’s business had collapsed and his mom was raising five children on her meager salary. Even though his parents did the best they could, he vowed not to replicate what his parents went through.

At the age of 17, Akintayo read a book that changed his life. From that book he learned that his background does not limit how far he can go and that formal education is not really what makes one rich. Through more reading he realized that informal education from wealthy people that had been where he wanted to go could bring success for him as well. He made it a point to read different biographies, going for seminars and conferences to gain more knowledge. Over time, his story had changed, he was able to replicate the successes of the people he was learning from.

His First Business and How Much it Cost Him to Start
“I started my first business with one thousand Naira ($10), selling bulk SMS to companies to enable them to communicate with their customers. When I started people were discouraging me, people were buying one thousand units at one thousand naira and above. So people were telling me that it was not a good business but I learned a lesson. Those daily income businesses that bring in something, no matter how small, actually build lasting wealth. The fact that you can start something and on a daily basis earn something, that’s how real business works not the one that you have to wait six months for one million dollars or a contract that you keep chasing.

Business is really consumer goods that you can offer day to day and you are making a descent income. That same business people discouraged me to do has grown expeditiously. In 2015, we consulted the entire SMS campaign of Jonathan, we handled Buhari’s email campaign, and consulted for other major companies such as GTbank, PZ and Chivita.”

Challenges Faced While Starting Out and How He Overcame Them
“The challenges I faced when I started is the same every other person faces. The typical issues of capital to run the business as well as marketing was another challenge. I recall my first product cost me over two hundred thousand naira to advertise on radio, which only yielded one client. This led me into digital marketing, which later became a business in itself where I was able to consult for former Nigerian President Jonathan, the Incumbent Nigerian President Buhari, Chivita, PZ and several multinational companies. I think I overcame the challenges faced in my businesses because of one singular reason, I call it quest quotient. If you are going to be an entrepreneur you cannot think like an employee, an entrepreneur must be ready to learn daily, you must invest in education. What brought me out of my challenges was when I built a quest quotient. When I said to myself that I MUST learn something new in my field, I MUST improve, I MUST build relationships and I MUST build capacity; that is what has turned things around.”

He Has This to Say about His Major Accomplishments in Business

“There are two major accomplishments for me. First, in the last eleven years, I have mentored more than 500 people in their various businesses and they are all doing well today. I have mentored several people who are making millions of Naira and Dollars. That for me gives me joy because when you are able to help people by not giving them fish but teaching them how to fish, you have truly helped them. Secondly, being an entrepreneur has put me in a position to help people and we have sent over 5,000 children to school.

We are currently targeting another 1,000 children in our bursary program and we will be announcing those on the 12th of June at Eko Hotel and Suites. I tell people that they shouldn’t desire to become an entrepreneur due to their family because they will get tired with the challenges entrepreneurship brings. But when they know that they want to be in a position to pay salaries, help people and send people to school, then entrepreneurship is for them.”

Business Projections
“Currently we have over 15-16 million housing deficiencies in Nigeria alone not to talk of other African countries. By the year 2035, we are targeting 200 Estates. As a result we hope we would have solved over a million housing problems. Presently we have expanded to the US, UK and the Middle East so in the next three to ten years we hope to be solidly on ground and grow our market. I believe that in the next ten years we will have a major stake in the agricultural sector in Nigeria. I have strong passion for those two industries because of its ability to provide employment opportunities for people”.

His Success Secrets
“There are business decisions that I have lost millions of naira because we wanted to be fair. We had one caserecently where the current State Government did not give rescission for the land we sold to a customer therefore we moved them from the land they paid 1.5 million naira for to one worth 7 million naira and we did not ask them for a dime more. So to me that is the secret to my success.
Marketing is also another secret because having failed in some businesses, I had to learn how to be really skillful in online marketing and digital marketing for me is the reason why we are here. I can start a business today with a website and a social media advert and in six months we are in millions. I had to spend a lot to learn that, I went to the UK Institute of Marketing, spent a lot of money getting certificates. Which is why I considered that as a second secret to success.

The last one is hunger that was brought about by philanthropy. Due to my charity work I always needed more money because there is always a need which created an hunger in me to want to grow businesses. One of the major challenges you see with African businesses is lack of hunger. Hardly will you see an African man who is rich still hungry for success, once their families are okay nothing more. So the hunger for more is my third secret to success.”

His Advice for the Youth
“There is always a small phase to your big vision, find it and do it now. As a young person, you have to see visions of big things but never forget that there is always a small start to it. For the prime minister position of Joseph, there was the pit, slavery and prison. It was what he learned in the prison, pit and as a slave that he used as a prime minister.

Stop expecting your visions to start big, everything in life starts from the bottom so start small. Also there is dignity in labor so any money that comes to you, make sure you work for it. Also, make sure it is legitimate, there is no pride or honor in illegitimate wealth. I see young people today who have started glorifying internet scams claiming that since the Government is stealing why they should do better. You have no right to steal from other people just to be successful.
Let me tell you there are few jobs I have not done, but I have done most of the ridiculous jobs under the sun. I used to sell popcorn on the street. I used to hawk electronic gadgets door to door in Ijebu-Ode. I used to paste posters from Sango Otta to Ikeja and back. But see where I am today. So find something legal to do no matter how little it looks.”