American boxer, Floyd Mayweather has been named the highest-paid sport athlete by Forbes in 2019.

The American fighter earned a whopping $915 million in the year under review and he is followed by Juventus and Portugal forward, Christiano Ronaldo who earned $800m in 2019.

Barcelona and Argentina forward, Lionel Messi comes in third place with a calculated earning of $750m. American basketball player, Lebron James is the 4th on the list.

Swiss tennis player, Roger Federer rounds up the top 5. A notable mention among the top 10 is golfer, Tiger Woods who came in 6th place. 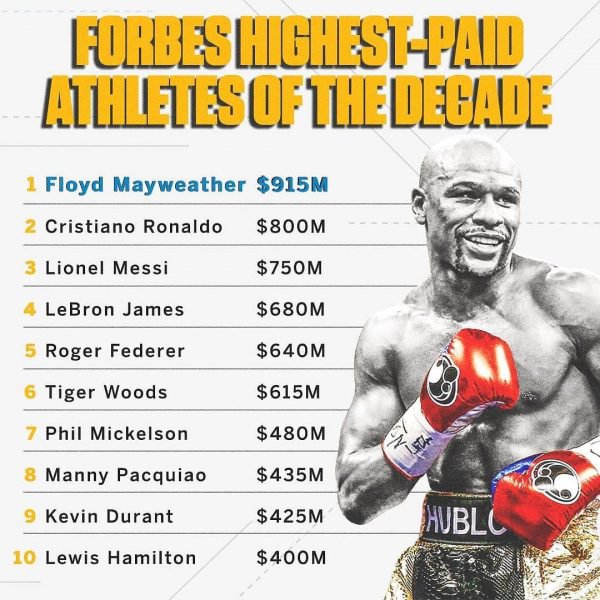