Awoniyi who is on loan from Liverpool, was motionless for some moments after he landed badly following a collision with Augsburg’s Felix Uduokhai in the first half of the German Bundesliga encounter.

The former U-17 World Cup winner was stretchered off the pitch with his neck in a brace after receiving medical treatment on the field.

According to a statement from the club, Awoniyi, 22, has been hospitalized and is in a stable condition.

“Our striker Taiwo Awoniyi suffered a concussion in his collision with
Augsburg’s Felix Uduokhai and is spending the night in hospital as a precautionary measure,” the club tweeted. “Get well soon, Taiwo!”

Our striker Taiwo #Awoniyi suffered a concussion in his collision with @FCA_World‘s Felix #Uduokhai and is spending the night in hospital as a precautionary measure.
Get well soon, Taiwo! 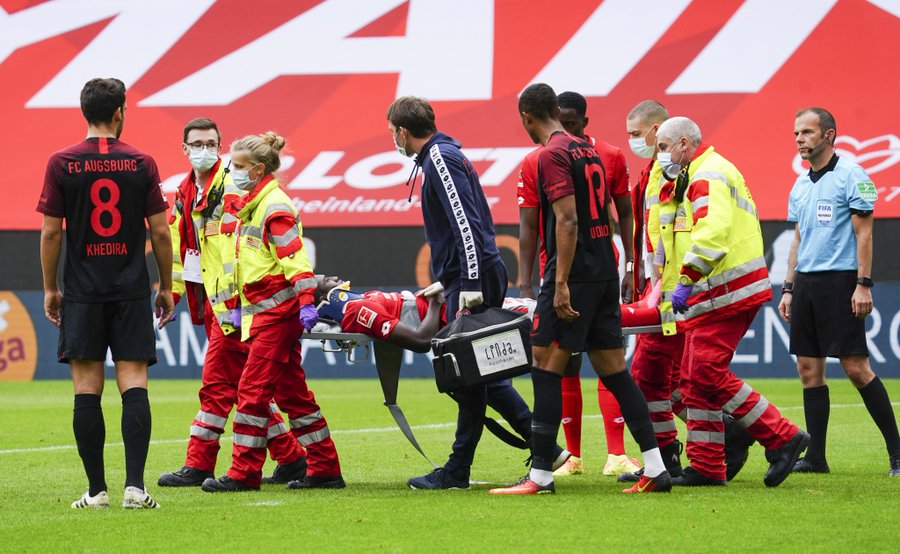 A first minute strike from Florian Niederlechner handed Augsburg all three points away from home.

Awoniyi joined Liverpool in 2015 but has not made an appearance for Jurgen Klopp’s side.

He has had loan stints with teams like FSV Frankfurt, Royal Excel Mouscron and Gent.