This was revealed in a tweet on Friday by the Commissioner for Health in the state, Professor Akin Abayomi.

Professor Abayomi made the disclosure while giving an update on the outbreak of the disease in the state, a day when Lagos recorded its highest single-day infection – 807.

The tweet suggests that the cumulative vacant bed space across the COVID-19 care centres in the state is below the average capacity.

In line with the state government’s efforts to bring the situation under control, the commissioner urged the residents to comply with the COVID-19 guidelines.

Noting that the oxygen usage was also on the increase at the Infectious Disease Hospital in Yaba, he asked the people to wear their facemasks, wash their hands regularly, and maintain physical distance, especially while in public. 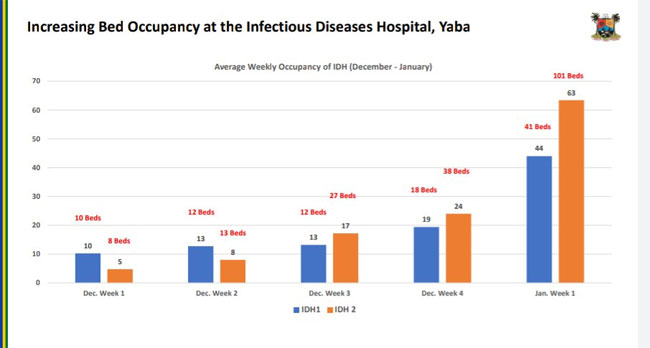 The NCDC, in a late-night tweet on Friday, noted that Lagos topped the states with new infections, reporting 739 more cases.

While the latest figure was lower than the state’s highest single-day cases by 68, the health agency said Lagos now has 34,875 confirmed COVID-19 infections with 6,320 active, 28,303 discharged, and 252 deaths recorded